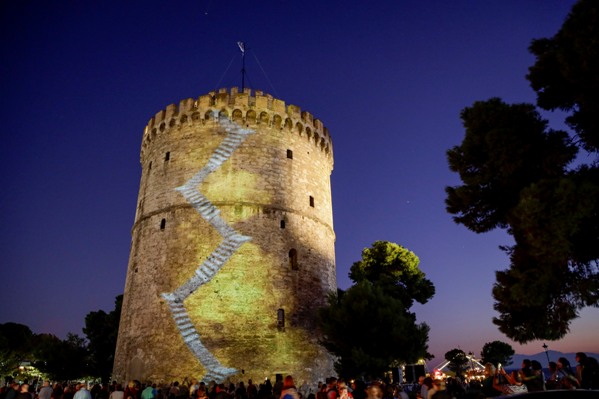 A set of multi-themed events inspired by the White Tower monument and its connection with city life both in the past and today. White Tower tales is a Parallaxi production in the context of 54th Dimitria Festival in cooperation with the Municipality of Thessaloniki- Directorate of Culture, National Theatre of Northern Greece, Thessaloniki Concert Hall MOUSA (Youth Symphony Orchestra), Thessaloniki State Conservatory, Thessaloniki Film Festival, the Ephorate of Antiquities of Thessaloniki city, the Museum of Byzantine Culture, the percussion group ‘KROUSI’ and many other individual artists that occurs during an evening dedicated to this famous monument of Thessaloniki city.

When the night falls, an enormous video mapping will evolve covering the White Tower and numerous events will also take place both on land and sea, among others a theatrical performance/event written by Akis Dimos- directed by Charis Pechlivanidis just for this special night as well as many other surprises. Dimitria Festival invites each one of us to experience something totally different taking place in its beloved tower. This year’s Dimitria Festival has something of the White Tour’s color. 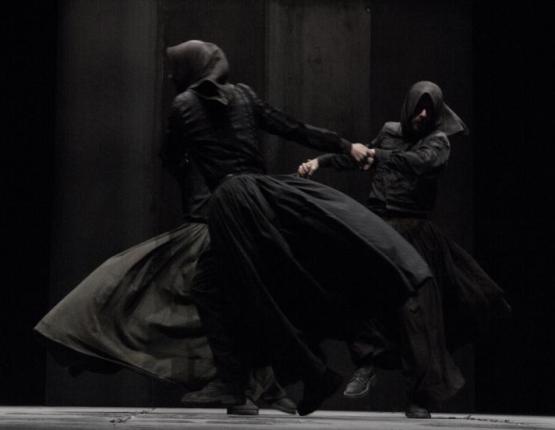 A remarkable and innovative adaptation of the classic tragedy written by William Shakespeare. During Allessandro Serra’s performance, the set is transferred from the United Kingdom and Scotland to Sardinia and its carnival culture and rituals. Driven by the spirit of Elizabethan theatre, all main characters are played by male actors.

The original text is translated into the Sardinian dialect since both the Sardinian music and sound colors remind us something of the past and are so deeply connected to the human soul. The play is performed in great accuracy promoting thus an evocative strength resulting from kinesiology, image, speech and natural sounds.

This adaptation of the ‘Macbeth’ story gained the Italian audience’s and critics’ applause and praise; moreover it received important prizes and was presented at many festivals.

A completely unknown part of Thessaloniki’s music tradition is presented through the work of four Ottoman music composers all coming from Thessaloniki city who had lived in Constantinople during the 18th and 19th century. Moreover, the traditional music of the Turkish population of our city is also introduced to us as a typical example of the music tradition of the Southeastern Balkans. When the exchange of the Greek and Turkish population took place, this community was forced to leave carrying with them -among others- its own music tradition.

There are six musicians: three of them come from Thessaloniki: Dimitris Vasileiadis –the leader of the project-in psaltery, research and instrumentations along with Kostas Papagiannidis in oud and Elena Moudiri-Chasiotou to be the singer. The group is completed with two artists from Athens that have lived in Thessaloniki for a long time, Loukas Metaxas in percussion, Chrysanthi Gkika in the byzantine lyre and a Turkish artist from Constantinople, Pamir Panya who plays ney and also sings. They are all artists with great experience in Eastern music who have leaved their own unique mark at a place that has every right to keep it.

The moving and timeless sound produced by Sokratis Sinopoulos’ lyre talks with the violas da gamba and these luminous and impressive sounds produced by the French L’Achéron ensemble. Based on Lachrimæ or “Seven Tears” combosed by the famous English composer of the 16th century John Dowland as well as on a feeling of sorrow and happiness expressed by the byzantine sounds, five musicians narrate the healing story of the transition from darkness to light, from mourning to feast.

Sokratis Sinopoulos, having a very special way of expression, is the first voice at John Dowland’s piece for five voices. This particular combination between the lyre and the violas da gamba occurs for the very first time and Sinopoulos manages to combine Eastern music with byzantine sounds in a very original way.

In cooperation with the Ephorate of Antiquities of Thessaloniki city

The Society for Macedonian Studies holds an exhibition entitles “Thessaloniki in paintings” in the Art Gallery to celebrate the 80th anniversary from its foundation. This event is a part of the festivities organized to celebrate the 80 years of the S. F. M. S. and will host the artworks both of Greeks artists and artists from abroad with topics concerning landscapes, monuments and other important aspects of the capital of Macedonia.

Organized by the Society for Macedonian Studies 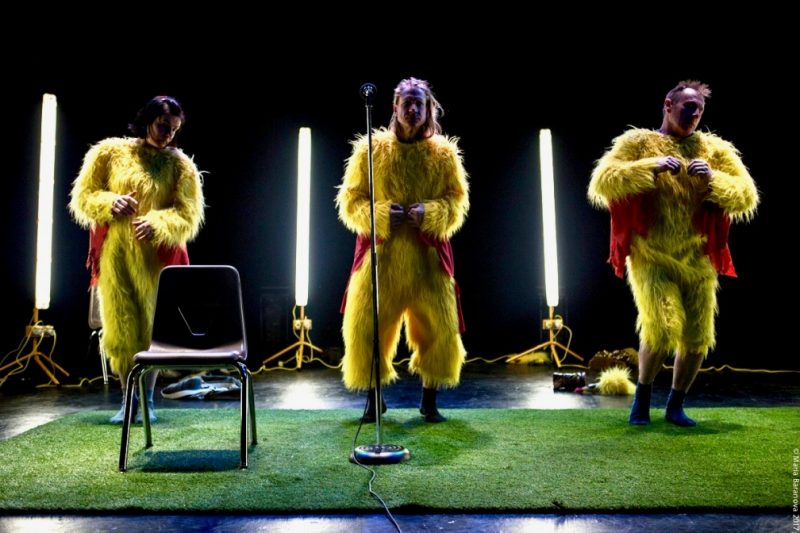 Real Magic creates a world of absurd disconnection, struggle and comical repetition. To the sound of looped applause and canned laughter, three performers take part in an impossible illusion –part mind-reading feat, part cabaret act, often an after midnight nightmare which they are called to revisit for more moments of hope and defeat.

Caught in a world of second-chances, final knowledge, changes and transformations, Real Magic takes the audience on a hallucinatory journey creating a performance that bends over large systems, small traps and the desire for change.

Real Magic sees regular Forced Entertainment Richard Lowdon and Claire Marshall joined by Jerry Killick who has worked with the group on numerous projects and has performed on many international stages.

In cooperation with Thessaloniki Concert Hall 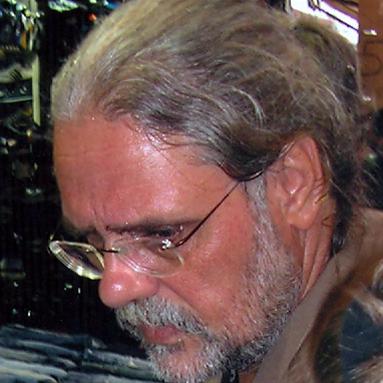 Haris Savvopoulos supported the work of numerous modern artists through his texts and ideas. This special exhibition dedicated to his distinguished personality that played an important role in Thessaloniki’s artistic life during the last decades comprises texts and artistic works from his personal collection as well as a special workshop in which art historians, visual artists and academics will participate.

In cooperation with the Art Gallery & Visual Arts Activities Department

This concert comprises melodic relics of a formerly rising community in Thessaloniki that was distinguished due to the rage of the 2nd World War and all those horrible Nazi opinions. Those songs were sung in ladino, a language which is also about to disappear. 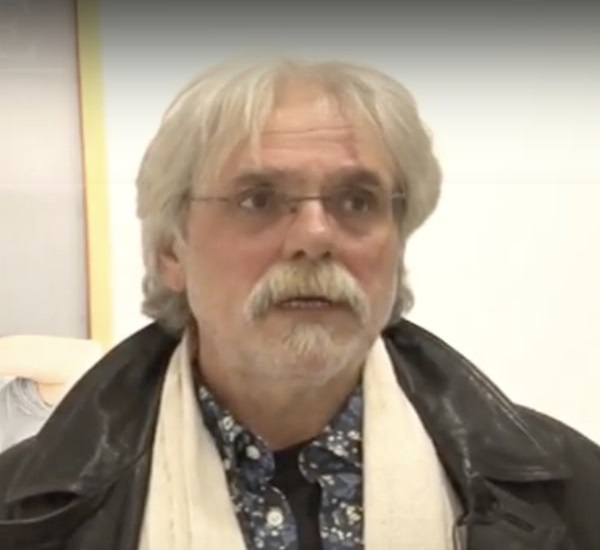 With the participation of art historians, visual artists and academics, this workshop is dedicated to Haris Savvopoulos’ life and artistic work, a distinguished artist in the field of visual arts in our city during the last decades.

Being an Art Historian and Professor of Art History at the School of Visual and Applied Arts of the Aristotle University of Thessaloniki, Mr. Savvopoulos, who died suddenly, had a good cooperative relationship for many years with the Municipality of Thessaloniki and in particularly with Thessaloniki Municipal Art Gallery and Thessaloniki History Centre. His lifelong career became synonymous with the city’s artistic progress.

In cooperation with the Art Gallery & Visual Art Activities Department 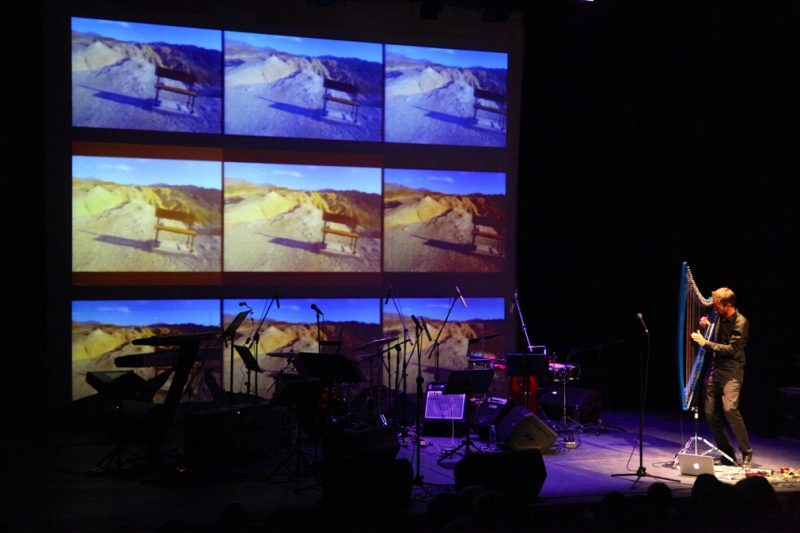 Being an unconventional and many-sided artist, the Italian-Swiss harpist Raul Moretti approaches music in a very personal way. Beginning with classical harp, he then continued his studies in electric and electroacoustic harp and learned to compose and improvise using very special techniques. Today, he is considered to a great modern virtuoso, with an international career that brings his harp into various musical worlds such as avant garde, pop-rock, world music, electronics, dance, classic and free improvisation.

His live performances react in a very creative way with other arts such as dancing, painting, cinema, video-installation and offer to its audience a wide spectrum of feelings and unique concert experience.