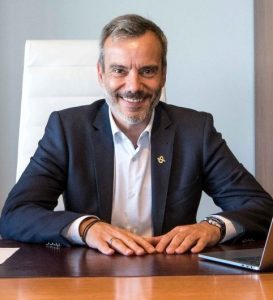 The 54th Dimitria Festival is a cultural institution rooted back in time, having already created its own long tradition. New innovative cultural currents, dance and theatre performances, concerts and music events, workshops and exhibitions are brought to the fore.

From September 28th to October 20st, Thessaloniki hosts the 54th Dimitria, a Festival deeply linked to the culture and history of the city. Artists from across the country and abroad, sensitive to the changes and challenges of our time, create their artworks and set up a festive display at the heart of Thessaloniki.

I am happy to invite everyone to this great cultural feast of our city, discover new talented performers and artists, meet the local organizations and institutions and enjoy a high-level, multi-faceted event.

I would like to thank all artists who participated in the 54th Dimitria Festival and all those who contributed and worked on this event, and I wish them every success. 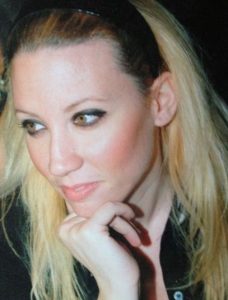 The Greeks, giving vent to their desires, in their constant attempt to conquer the unconquered and overcome the fears that tormented them, made up heroes, and the heroes were strong and beautiful, wise and manly, worthy to complete tasks and to accomplish labors that go beyond the human standards, as academician K. Tsatsos mentions in his work “The meaning of the myth in Greek mythology”.

Thessalonians as an integral part of the whole of Hellenism have developed over time a culture with their own great peculiarities that adorn the pages of Greek mythology and history. Inscriptions from the Hellenistic years mention Dionysus as the god of the city that was worshiped according to the myth. The cult of Dionysus was replaced by the cult of Cabeiri. In honor of Cabeiros, once thought to have saved the city and its inhabitants, Thessalonians carried on the Cabeiria Festival, which included great fights, brilliant celebrations, ceremonies and mystery events.

Later on, with the prevalence of Christianity, the cult of Cabeiri was replaced by Saint Demetrius, who after his death during the persecutions of Christians in the 5th century AD was recognized as the patron saint of Thessaloniki. In honor of Saint Demetrius the city named a number of feasts, festivals and cultural events “DIMITRIA”.

Dimitria contributed to the city’s spiritual prosperity, and in addition to the events and the commercial character of the city, Dimitria maintained also the religious ceremonies that lasted about a week until the end of October, as has been reported many times.

The Municipality of Thessaloniki has been reviving the institution of Dimitria for years, placing emphasis on the artistic and cultural part. Over these years, the inhabitants of this city have lived on exciting experiences of art in all its forms, both classical and modern.

Dimitria is the continuation of the meeting and exchange of goods, along with senses, ideas, experiences. Dimitria is an annual meeting, a break during the year, a celebration of mother Thessaloniki, as noted by great Kostis Moskov in 1955 from Cairo.

This year, the Municipality of Thessaloniki has a varied programme of events to deliver to the city, result of the work and labor of many people and the former Municipal Authority, which we would like to thank and congratulate. We hope that the events of the 54th Dimitria Festival will be the dough to shape a whole new character of the next Dimitria which Thessaloniki so desperately needs in a rapidly changing world, trying to disprove that “everything has been said and everything has been seen”. At the same time, we try to focus on what Dimitria respond to, what they are about and what their character of tomorrow’s Dimitria as part of the cultural life of the city and its inhabitants, as well as of the wider region.